We are here to help!

GET A FREE CONSULTATION

Family legal issues can be stressful, putting a strain on relationships and resources. From divorce to property division and parental rights, legal issues can have lasting and serious consequences for you and your family.

At Diaz Law Firm our Texas-based legal team is caring, compassionate and dedicated to helping you achieve the best possible outcomes for your family, both in and out of court. We know what it takes to win, and have the experience you need in your corner during these trying times.

Call or reach out today for a free, no-obligation consultation and to find out why so many families and clients trust us to fight for their rights.

Our firm has a depth of experience and a demonstrated track record of expertly handling a myriad of family legal issues. From simple clear cut issues, to complex situations requiring unique approaches and outside-the-box solutions, our team is ready and eager to help.

Family law in Texas is both nuanced and complex, with a seemingly simple issue involving a range of laws and required processes and paperwork. Even small errors can result in dire consequences for your case.

When dealing with any family legal matter, seeking out support and representation from an experienced law firm that is familiar with the nuances and intricacies of Texas family law is critical. Reach out today and let us make sure your rights and best interests are looked after. We represent the following types of Family Law cases:

The number of laws and processes involved in getting divorced in Texas is as big as the Long Horn State itself. From mutually agreeable and non-contested divorces, to embroiled battles over dividing up assets, our team is ready to help you find the right solutions and ensure your best interests are always being looked out for. We provide aggressive yet compassionate divorce representation that gets results for you and your family.

For most couples, ending a marriage is a complex process that requires them to equitably divide their property, financial assets, debts and parenting responsibilities. When you are going through a process that touches so many important areas of your life, it is critical that you have a knowledgeable counselor by your side.

The Divorce Process in Texas: 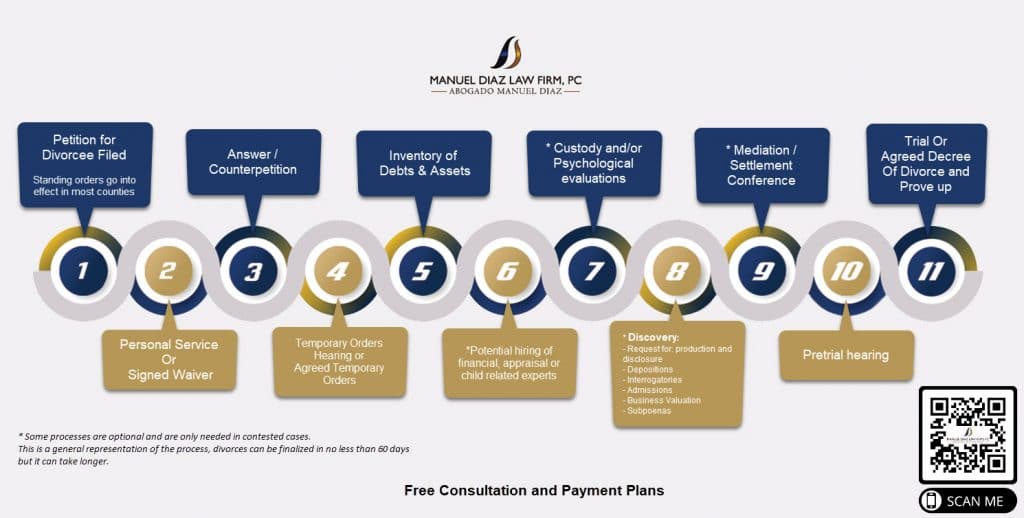 Our firm has extensive experience helping our clients obtain favorable outcomes for what is often a sad and difficult time in their lives. We can help you with a myriad of legal issues surrounding divorce including but not limited to:

Whether you are filing for divorce or your spouse has already filed for divorce, you need the expertise and personal attention of a divorce lawyer who not only understands the complexities of family law and the court process, but who also appreciates the significant impact this event will have on your life. Contact us at 855-900-3429 for a FREE consultation

How is Child Support Calculated in Texas?

Calculation of child support in Texas is made at the court’s discretion, taking into consideration a number of factors such as:

Upon making a determination, the court will designate a percentage of income that is required to be paid monthly as child support to the custodial parent.

The Following is Typical in Texas:

In some cases, one or both parents may not agree with the court’s determination regarding child support. Although the court order is legally binding, either parent has a right to contest a child support order in Texas. We can help challenge the order and advocate on your behalf to ensure your child’s best interests are at the forefront of every court decision. Contact our firm today for a free consultation.

The process of determining child custody cases in Texas can be an emotional, confusing and stressful experience for any parent or guardian to go through. Our team of compassionate and dedicated attorneys can help you navigate these waters and can act as a support system for you and your family at every step of the way.

As a family-oriented team, we know first-hand how important it is to ensure your children’s interests are at the forefront of any legal issues or proceedings you may be involved in. Our experienced team is ready to advocate and fight to ensure your child’s safety and your parental rights are protected.

Under Texas Statutes, Family Code, Chapter 153, the court presumes joint managing conservators (i.e. joint custody) as the preferential outcome so that the child may maintain a meaningful relationship with both parents. However, the court also is under obligation to take the best interests of your children in mind in its decision.

Types of Custody Include:

Custody battles are often contentious and complex, with the court taking into consideration a number of factors when making a determination.

Aspects the court may consider include:

Hire Diaz Law Firm and let our team of talented legal minds and staunch advocates ensure you are positioned in the best light and well-represented. Contact our firm today for a free consultation.

The adoption of a child is one of the most rewarding and fulfilling moments an individual can experience. But there are quite a few steps between wanting to adopt and becoming a child’s legal guardian.

Adoptions in Texas are guided by a number of state and federal regulations and laws. These laws apply to both prospective adopting families as well as the birth parents.

The process is wrought with red tape and paperwork that needs to be filed correctly, efficiently, and on time with the right organization and departments. As such, the process can be stressful for many adoptive parents. However, you don’t have to go at this alone. We can assist at every step of the process leading to successful adoption.

Let us handle the legal complexity and steps required for adoption. Our attorneys have helped couples expand their growing family and provide a loving and caring home for an adopted child.

Types of Adoption in Texas:

Legal Issues when Adopting a Child In Texas:

Creating an adoption strategy tailored to your unique circumstances can help make the process smoother, set proper expectations, identify milestones and goals, improve the efficiency of moving through the steps in a stress-free manner and more.

We know that the adoption process can be both overwhelming and intimidating to tackle on your own, which is why we take the time to walk you through start to finish, step by step. Contact our firm today for a free consultation. 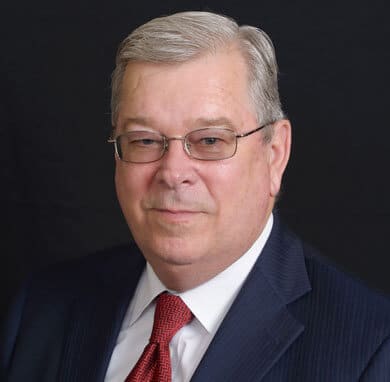 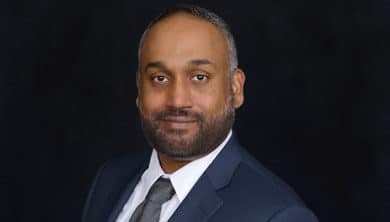 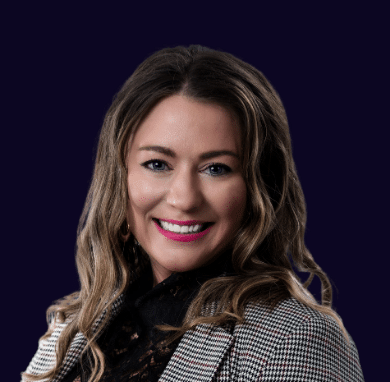 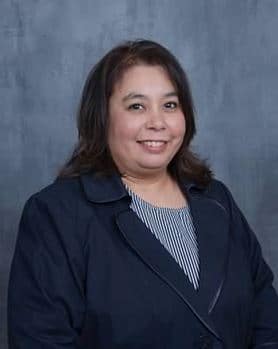 Previous
Next
Learn More About Our Attorneys

What Are the Grounds for Filing for Divorce in Texas?

You may file for divorce under the following grounds:

How is Child Custody Determined?

The Family Code of Texas is used by the court to determine child custody arrangements. Depending on certain factors, including (but not exclusive of) both parents’ finances, ages of children, health, etc., legal rights and responsibilities will be determined for both parents, including:

What's the Difference Between Legal vs. Physical Custody?

Physical custody legally refers to “possession”. A parent in Texas who has “physical custody” is said to be the possessory conservator and the child resides with that parent. Legal custody refers to the parental rights the parent(s) have with regards to raising the child and making decisions that impact the child’s day to day upbringing (i.e. the religion they are exposed to, medical treatments, where they go to school, etc.).

How is Child Support Calculated in Texas?

Calculation of child support in Texas is made at the court’s discretion, taking into consideration a number of factors such as:

Upon making a determination, the court will designate a percentage of income that is required to be paid monthly as child support to the custodial parent.

The Following is Typical in Texas:

How Does the Court Determine Child Support Payments?

There are additional factors that the court may consider when determining child support payments, based on the guidelines in Family Code Chapter 154.123. Some of the other factors the judge may consider include:

Can I Contest Child Support Orders?

In some cases, one or both parents may not agree with the court’s determination regarding child support. Although the court order is legally binding, either parent has a right to contest a child support order in Texas. We can help challenge the order and advocate on your behalf to ensure your child’s best interests are at the forefront of every court decision.

How Does the Adoption Process Work?

The adoption process in Texas consists of the following steps:

Call or message today for a free, no-obligation initial consultation and to see if we’re the right fit to represent you and your family.